Either I’m being a cranky movie watcher this week, or sci-fi horror needs to step up its game. Put a little …life… back into the genre.

The Double Feature: For the past handful of weeks I’ve been staring Life down every time I step in front of the Redbox, just waiting for the perfect movie to pair it with. Now that Alien: Covenant is out, it’s time for a sci-fi horror night! 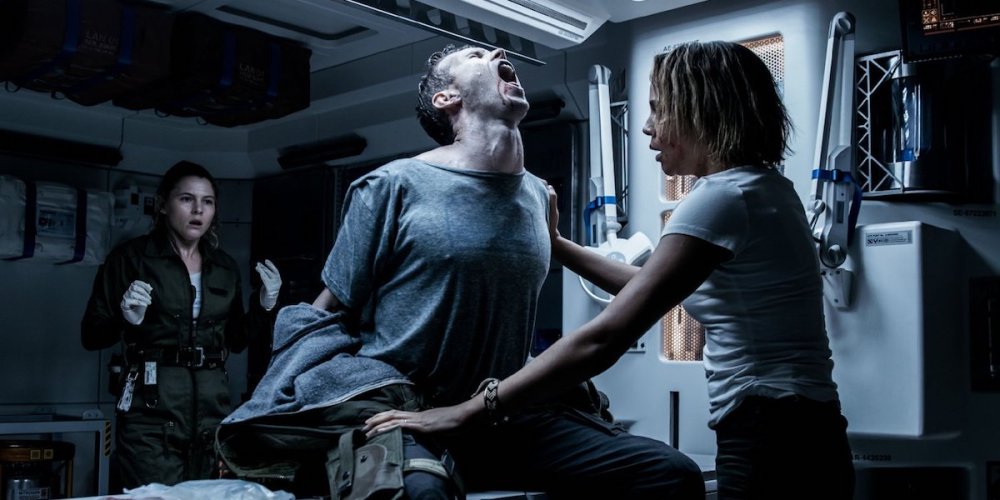 Basic Synopsis: Ten years after the events of Prometheus, the crew of the Covenant is rudely awoken from their cryosleep when a solar flare violently jostles the ship. And, oh wait! What is that you hear!? A distress beacon coming from a planet perfect for colonization that we didn’t see until now!?!? How fortuitous! What could possibly go wrong!?

Brief Thoughts: Bet you thought I was going to say aliens, right? Well you’re wrong. The black goo introduced in Prometheus is at it again, wreaking havoc on the ground party, but after the first 30-45 minutes of a film that seems to be promising Aliens meets The Lost World: Jurassic Park (a movie I didn’t realize I wanted to see so badly until the possibility was put right in front of my face), Covenant switches to something completely different thanks to the manipulative android of the previous film.

Don’t get me wrong, I love Michael Fassbender and his two performances of vastly different androids show just how great of an actor he is, but this isn’t the movie I’m here to see. I’m here to see Alien: Covenant, not David: Covenant. So leave all your set dressing and work on the xenomorph origin (facehuggers!), but take your recorder and shove it down your throat, David! I don’t need your lessens, nor do I need your sudden fascination with mouth raping.

Is There A Dog in this Horror Film?: Nope! There’s one thing the movie did right.

Random Question: Was it a requirement to be a married couple to be a part of the Covenant crew?

Another Random Question: Speaking of, what was the purpose of killing Daniels’ husband at the beginning of the movie? Did Ridley Scott lose a bet to James Franco, forcing the director to put the actor in his next movie (killing him off before getting an actual scene was Scott’s “F U, Franco,” obviously)? I feel like there are better ways of forcing an emotional connection to a character, but if the loss of a loved one is what the writers want why not just include him in the movie until an alien gruesomely kills him? All I know is I now have a whole nother reason to be distrustful of cryopods, so thanks for that.

And How About Another Question (Spoilers): How did the xenomorph get on the Covenant? The facehugger had barely, well, hugged the guy’s face, a handful of seconds tops, and that was enough to impregnate the guy?

Let’s Talk About That Ending (Spoilers): As soon as David cut his hair upon first meeting the Covenant crew there was no question that he would be replacing Walter. Yet even with the whole movie to prep myself for that “twist” ending, I was no less upset by it. Just not in the way I am supposed to be. I’ve had enough with David stealing focus as he pulls the strings of the alien development and interspecies relations… So how about instead of building to a third movie with David as the big bad, allow Daniels’ one last victory of realizing David killed her buddy and is about to kill her too. I mean, she should’ve seen the wound she put under David’s jaw by stabbing him with a nail, shouldn’t she? Or did that just magically disappear?

My Final Question, I Promise (Spoilers): How long was David carrying those facehugger embryos around? Does his body have a refrigerate option? Ok that was two questions. This section title lied as much as this movies main title did.

Additional Reading: Zac had a different opinion about Alien: Covenant back when it was first in theaters. Read his thoughts here.

Final Thoughts: I came to The Island of Dr. Moreau to see his monsters. Yes, he too is a monster, but XENOMORPHS! 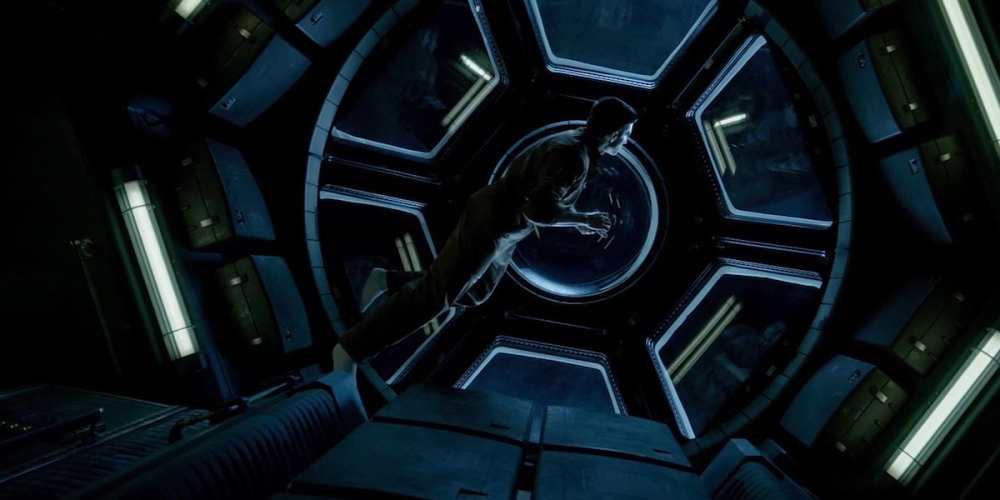 Brief Thoughts: Life is a beautiful looking film with great actors and an even better visual effects department. Besides being tasked with creating a realistic looking International Space Station with the backdrop of space and the heavenly bodies within, they’re asked to create both Gravity like destruction and an amorphous blob that is somehow terrifying. There was always a question about what the alien would look like and how it could carry a horror film considering it is barely shown in the previews; luckily the digital artists manage to succeed at this heavy order (see “The Creature Featured” below).

From the alien’s first attack on one of the scientists the threat becomes very real. Yet somehow as all was said and done the movie just didn’t grab me like it did that scientist’s hand, especially compared with other films in the genre, like Alien and Sunshine. It’s fine leaning towards decent, but that’s not good enough.

The Creature Featured: What is first an indistinct microscopic blob named Calvin quickly grows into a playful little bulbed, plant-like structure. It’s non-threatening demeanor draws the humans in, until it becomes a flimsy starfish / killing machine. How dare you trick us with this innocuous design!

You’d think what I just described would look ridiculous quickly flopping around the room in its attempt to escape and/or kill, but the visual effects are done really well. Not only that, but what may seem like a silly design at first becomes terrifying when realizing what all the alien is capable of because of its malleable shape and size. Just wait til the first gruesome attack and death and you’ll see exactly what I mean.

Eventually the alien further evolves into what looks like something Poison Ivy would create, but no matter what its appearance, it never loses its scare factor.

Is There A Dog in this Horror Film? (Animal Lifespan Spoilers): No dog, but there is an adorable rat in the lab that they never let you forget about. And as I’m sure you know, things tend to not go well for lab rats… especially when they’re strapped down. I honestly don’t know who I’m more upset with about the treatment of this rat, the scientists or the alien. As far as we know it never got to live outside of these restrictive tethers, so maybe Calvin thought it was doing the rat a kindness… by murdering it rather violently…

Explain to Me This (Spoilers): How and when did Calvin get in Derry’s suit? This whole section of the film is a tad confusing. In the previous shots we see Calvin in the foreground running across Derry’s line of sight down the corridor, so we know Derry is at least aware of Calvin’s location. The moment passes, but then next thing you know Calvin is discovered to be in Derry’s pant leg, leeching the life from his body. So the question is: how did Derry not know he Calvin was there?

One argument is that Derry is paralyzed and thus wouldn’t feel Calvin wrapped around his legs, but considering that they’re on high alert it’s hard for me to believe he wouldn’t have noticed something crawl into his suit. I guess I’ll just go with the benefit of the doubt here, cuz the other option is that he allowed Calvin to feed off him. I know Derry had a connection to the alien, but come on now. That’s crazy.

Let’s Talk About That Ending (Spoilers): Man, what a D move. Honestly I didn’t expect anyone to survive and I wouldn’t have been surprised had the one pod been shot down after it reentered the Earth’s atmosphere. But to not only have the alien make it to Earth and have Rebecca Ferguson spinning off into space, to slowly die alone? Come on now. Double kick to the junk. Either have everyone die or let Gyllenhaal be the hero to sacrifice himself, don’t do an “open for sequels” ending that doesn’t fit with the rest of the movie…

Additional Reading: Ben reviewed Life back in March. Click here to read what he had to say.

Final Thoughts: As much as I want to love a movie starring Ryan Reynolds and Jake Gyllenhaal enough to watch it over and over again, Life just doesn’t find a way.

The Double Feature Verdict: Neither movie is great, I don’t even think I’d go as far to say either is particularly good, but at least Life is less frustrating than Alien: Covenant.