It’s October, so you know what that means: tis the season for horror films! The next 4 “Movie Nights with Lauren” will be of the genre, so sorry in advance for those who scare easily.

The Double Feature: After watching the Killing Ground it was hard to be in the mood for anything other than curling up in a tight ball of depression, so some comedy was definitely needed. But I did just say that I was going to be doing nothing but horror this month, so it’s time for a loophole! A comedic film inspired by horror films! AKA I’ve somehow managed to go this long without watching The Final Girls and there’s no better time like the present to finally check it off the list of movies I need to see. 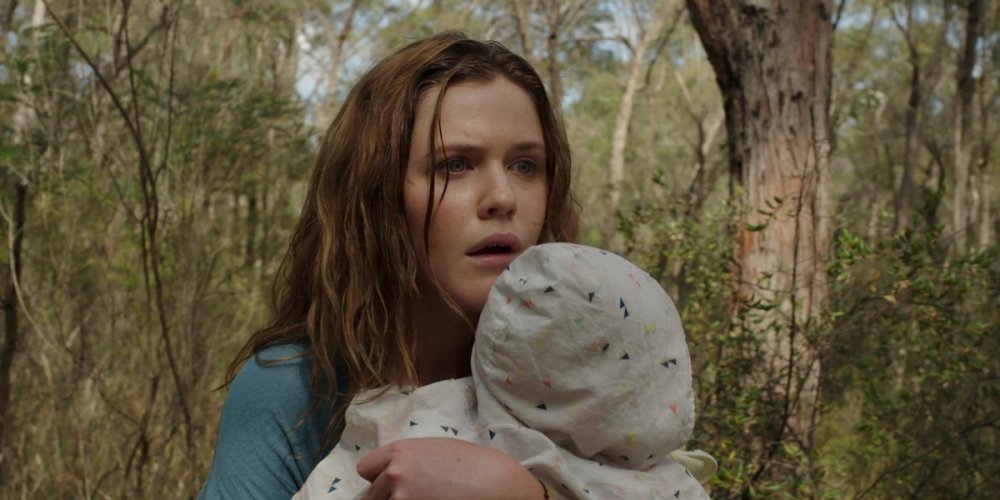 Basic Synopsis: A family and couple are separated by timeline, but not by the trauma that these woods have witnessed.

Brief Thoughts: Killing Ground definitely falls into the “sometimes humans are the scariest monsters” category, and boy was I not ready for it.

I’m not sure what I thought was going to happen, but I think I was expecting something a little more You’re Next than Wrong Turn. Heck, this isn’t even that; Wrong Turn was still kept at arm’s length with its killer inbred cannibals. Those villains were outlandish, these are not.

As opposed to the typical heroics and/or luck of at least one character in most horror films, Killing Ground hits hard by recognizing that not everyone has what it takes to step up in a hopeless situation. It’s not easy to be a hero when burdened with an understandable amount of pure terror, so, unfortunately, instead of getting a horror film where the people fight back to survive for the majority of the movie, we spend most of the time watching people suffer once we get past the initial set up and getting to know you section of the film. A section of dread-filled anticipating of the disturbing horror that is soon to come.

To put it simply, Killing Ground is not an easy movie to stomach.

Is There A Dog in this Horror Film?: Yes. The good news is Banjo survives. The bad news is he’s on team bad guy.

A Warning (Technically it’s a spoiler, but it’s about an element of horror films that some might want to be prepared for going in): There is sexual assault and rape in this movie. The rape doesn’t happen onscreen, but seeing the aftermath is plenty upsetting on its own.

Let’s Talk About That Ending (Spoilers): In many cases I’m fine with horror films being somewhat open ended. It’s practically a staple of the genre considering they like to keep the option for sequels alive. But when it comes to babies and dogs, don’t leave me hanging! You cannot leave a baby out in the forest alone. Sure, Ollie has Banjo with him, and in spite of his training and previous experiences with his masters, he wasn’t at all aggressive towards the baby. But he is still a dog. He can only do so much. So I need to know: what happened to Banjo and the baby? (Unrelated, I call dibs on that band name.)

Final Thoughts: Killing Ground doesn’t pull its punches. It is not a fun horror film. It is disturbing, it is upsetting, and it will send you into a funk for the rest of the night. Or day. Or week. Not even the girls of Broad City could lift my spirits after this one. 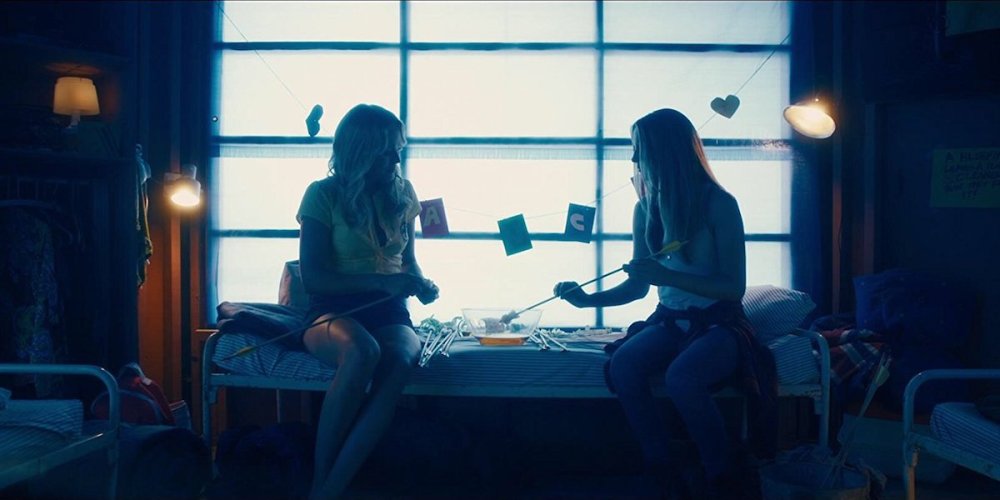 Basic Synopsis: Chaos erupts at the screening of a cult classic slasher film of decades past, and somehow a group of teens find themselves in the movie.

Brief Thoughts: I am so angry with myself for somehow taking 2 years to finally watch this one. It’s so good, guys.

Spoof’s can go either way; luckily The Final Girls is far from just that. It’s very self-aware considering these characters know that they’re in a slasher film a la Friday the Thirteenth, and it’s so fun to watch the real kids try to figure out and respect the rules of the movie within the movie, Camp Bloodbath, as well as interact with the (often purposefully one-dimensional) characters who are going through the motions of the original script (until they eventually also start to become aware and question what’s going on). As expected, the foolproof plan to make it to the credits alive by following the Prime Directive (observe without interference) starts to fall apart as the rules change and everyone finds themselves in real danger.

Something I was surprised by (other than how pretty this movie is in terms of shot framing, camera work, and color palette) is how much heart it has. I was expecting nothing but gleeful laughter and over-the-top kills, but there are some real feels thanks to the story between Max (played perfectly by Taissa Farmiga) and the Bloodbath character that was played by her mother, who passed a couple years ago. It’s more than understandable that she would cling to the hope that she could somehow save her mother through saving her character, and boy is it heartbreaking. Let’s just say I teared up at one point. And then at another point I may have cried enough to get a super judgemental, “pull yourself together” look from my dog.

Speaking of Dogs, Is There A Dog in This Horror Film?: Technically this isn’t a horror film, but considering it’s playing up the tropes of the genre the question is still an applicable. And the short answer is nope.

Side note, if you haven’t seen Trimbur dance like nobody’s watching then you should get on that now. Click here.

Randomly Awesome Quote: “Hey, Chris, I’m just going to have a Diet Coke and a child size popcorn, but make sure to dump half of it in the garbage.”

Random Viewing Tangent: I’d just like to point out Dobrev’s run, because boy is that arm pinwheeling. Maybe no one else noticed it, but I sure did. And no I was never told by a boy named Josh Gonzales in the 8th grade while playing a game of kickball while on a school trip to the Tetons that I run funny and no this memory hasn’t haunted me since.

My One Complaint: Knowing that the camp counselors traumatized Billy enough to become a murder machine, why didn’t anyone try to save him during the flashback? The obvious reason would just be that saving him would mean the movie would have no reason to exist, but I’d imagine the people that wrote this movie would also be creative enough to come up with a way for these characters to attempt the obvious thing and have it fail for some random reason. Even if it’s just as simple as having them do something only to realize that they can’t influence anything within the flashback.

My One Other Complaint (slight spoiler, so if you absolutely hate those and are ridiculously good at drawing the correct conclusions from absolutely nothing avoid the next sentence): Was anyone else weirded out by Max’s mom dancing for her in her bra?

Final Thoughts: The Final Girls is easily one of the best movies I’ve seen in a long time. It’s hilarious and touching, and going on my favorite movie list.

The Double Feature Verdict: This one’s easy; The Final Girls wins. It’s not that Killing Ground was bad (I gave it a 6/10 on imdb.com), but it sure isn’t easy to recommend. As I said above, it’s hard to stomach, and I know I prefer horror films that don’t send me into a deep funk.

Plus The Final Girls is sooooooo good.